Breaking Down The PNR Number of Indian Railways: What, How, Why?

Ever wondered how the 10 digit PNR number you get from IRCTC – Indian Railways ticket is generated? Or what do the digits indicate? What is PNR? or What is PNR’s meaning? Or basically why do we even need PNR?

I had the same set of questions. I Googled extensively and tried to find the answers. Learnt many new things about the railway reservation system. Read along to boost your knowledge too…

From my Google Search Console, I can see this this article has rather become top ranked on Google related to PNR related queries. Especially the ones searching for meaning of PNR.

As I wrote this article in 2015, it’s been quite a while and some of the points I’ve listed down may not be applicable. Also I’ve focused extensively on the Indian Railways system. If you’re coming from Google and want quick answers, I will list them down in FAQs below.

In the airline and travel industries, a passenger name record (PNR) is a record in the database of a computer reservation system (CRS) that has the itinerary for a passenger, or a group of passengers travelling together. The concept of a PNR was first introduced by airlines that needed to exchange reservation information in case passengers required flights of multiple airlines to reach their destination (‘interlining’).

Talking in the context of Indian Railways, PNR number is a unique pointer to a record in the railway database. The record pointed by PNR contains comprehensive journey details. The details may include:

The Story Of 10 Digits

Now that we know about what the PNR is and why it’s used, let’s go further and break down the specifics.

“I feel it is not correct presumption that the second and third digit indicate the PRS Centre, as I found the number (2nd and 3rd digits) varying too much in tickets issued from the same counter of a PRS Centre.”

So please take the following information with a grain of salt.

The PNR numbers’ starting digit does not depend on the PRS from which it has been booked.

It depends upon: Zone of the Train, w.r.t. starting station of the train.

e.g. If a ticket is booked in Rajdhani Express (Mumbai to New Delhi), as the starting station is Mumbai, PNR will start from 8.

The subsequent 2 digits detail specific PRS in the zone.

e.g. If you book from Dadar PRS center, it can be 57 (For an example only). For Ahmedabad, it may be 24.
To sum up, if the first 3 digits are 824, then it says that the zone is either CR, WCR or WR and the PRS center is Ahmedabad.

They are randomly generated numbers using the Rand() function. They represent no information about the ticket or journey. This is done to make the PNR number unique.

One can check status of PNR number of http://www.indianrail.gov.in website. Also at every major stations, PNR stats checking counters are available.

Passanger name record number lasts minimum 9 month as the TDR filed can take maximum of 9 months. It then flushed out from the database.

(Normally) The digits of PNR become meaningless. However, PNR details may not be available for the general public once the journey gets over for privacy and security concerns of passengers.

How to Check Status of PNR Number

Indian Railways maintains PNR as the single point of transaction. IRCTC updates PNR status as and when required. For instance, when your ticket gets confirmed. You can also check PNR status.

So, next time when you book a ticket, have a glance at the first digit. And yes, you’re a pro Indian Railways traveler now! 🙂

Enjoyed reading? Have more information? Share your thoughts in the comments. Spread this post to illuminate others.. 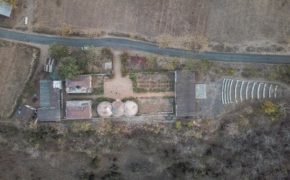 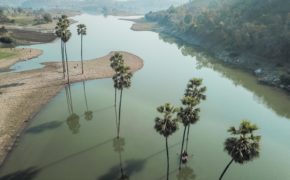 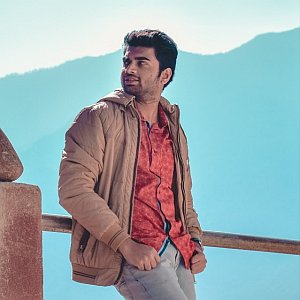